skip to main | skip to sidebar
"Our soul is just an urn where we close, once and for all, the ashes of our lost passions !"

Where my blog visitors come from 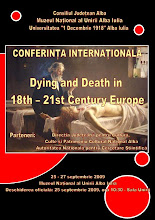 Search in this blog

I prefer these songs for my cremation! Come with me into the fire!

is it possible the development of cremation in Romania?